Under the skin of Don Quixote – A Live Cinema Performance in 9.1 with Spat Revolution 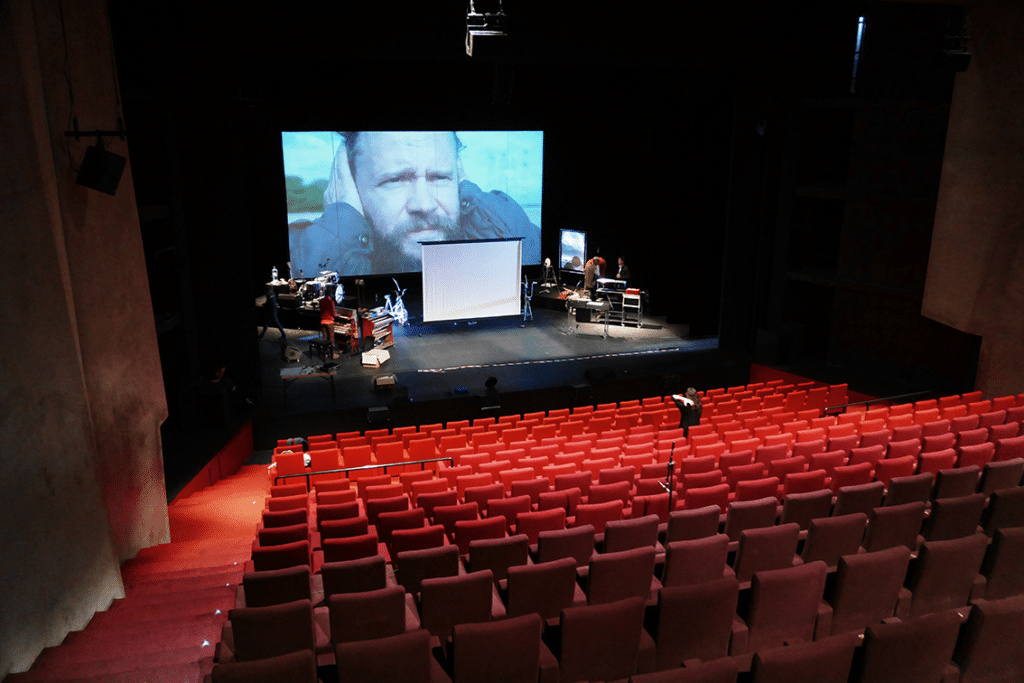 Under the skin of Don Quixote – A Live Cinema Performance in 9.1 with Spat Revolution

Cervantes famous fictional knight is the character in the Live Cinema Performance, Under the skin of Don Quixote by La Cordonnerie, Lyon, France, where a modern-day Don Quixote preoccupied with the year 2000 bug takes himself for a wandering knight prepared to fight for the ideals of justice, and to rescue the widow and the orphan.

In this Live Cinema Performance, now on tour in France and abroad, the ensemble with two musicians and three actors takes us on a journey between southern Spain and Picardy in France, between the Middle Ages and the beginning of the third millennium, with the music, sound effects and the voices performed live on stage to the movie, mixed and processed in 9.1 using Spat Revolution.

We had the privilege of meeting up with Adrian Bourget, Sound Designer from Paris/Lyon, France, working for La Cordonnerie with the sound design and mixing of Under the skin of Don Quixote. 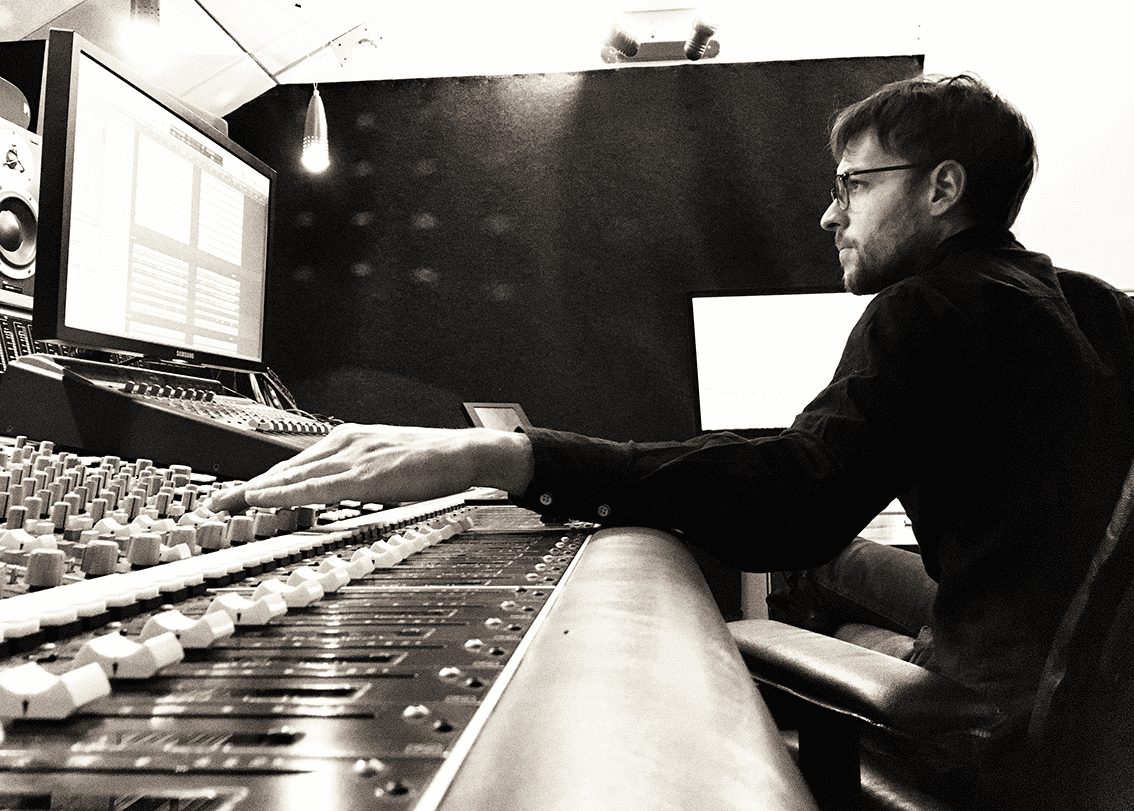 How did you begin your career?

“ I have been recording since I was 12 years old, and when I studied percussion at the university I started recording with other students and teachers, lucky enough to have access to my father’s recording studio.
I started my career in the studio where I hosted a lot of other sound engineers and sound designers and became friends with some, like Jean-Pierre Spirli (Benjamin Biolay, Decouflé, The Wampas) and Adrian Shivers (Real World Studios) and learned a lot from them. I started to work live with different bands, as well as with theater groups like La Cordonnerie, and today I have a recording studio and I share my activity between live sound and the studio. ”

So what is your main focus, live sound or studio work?

“ Innovation and experimentation is kind of the foundation of my work, I like creating sound in places with original acoustics, and in addition to my own studio I also work in different studios. If possible, I think that leaving the formal framework and the comfort of the studio can enrich the performance of a “supplement of soul” which will reveal unsuspected emotions. I often experiment with new techniques, and my work in the studio and live are complementing each other and allowing me to build bridges between the two to go even further in the creation of sound universes. I also have the honor to work in a very privileged place between Lyon and Grenoble; The Artscène Studio, with 3 sound recording rooms that can accommodate up to 10-12 musicians where the acoustic is alive without being invasive, and a mixing room in full daylight. “

Tell us what Under the skin of Don Quixote is?

“ It is a silent film projected on the stage, with musicians, actors and noisemakers performing live on the stage in front of the screen, creating the sound universe for the film using a multitude of musical instruments and other objects, so it’s kind of like post production applied live on stage instead of in a recording studio. “

And how is Spat Revolution integrated in your work with the show?

” I have been using Spat Revolution for about a year now, and it has improved and streamlined my workflow significantly when managing spatialization, and the intuitive interface makes it so much faster and more realistic when creating automation for sound movements in the space, which normally requires a lot of time to program. It also makes it really easy to adapt the existing sound design to different system installations and rooms when we perform the show in other theaters, and the way the room reverberation is handled makes it easy to assign and use a good deal of natural reverberation as well. I use Spat Revolution live a lot and I find it really stable with virtually no latency introduced at all, which makes me feel really comfortable using it. Since January 2018 we have given more than 50 performances of the show and I have so far never experienced any problems or crashes. ” 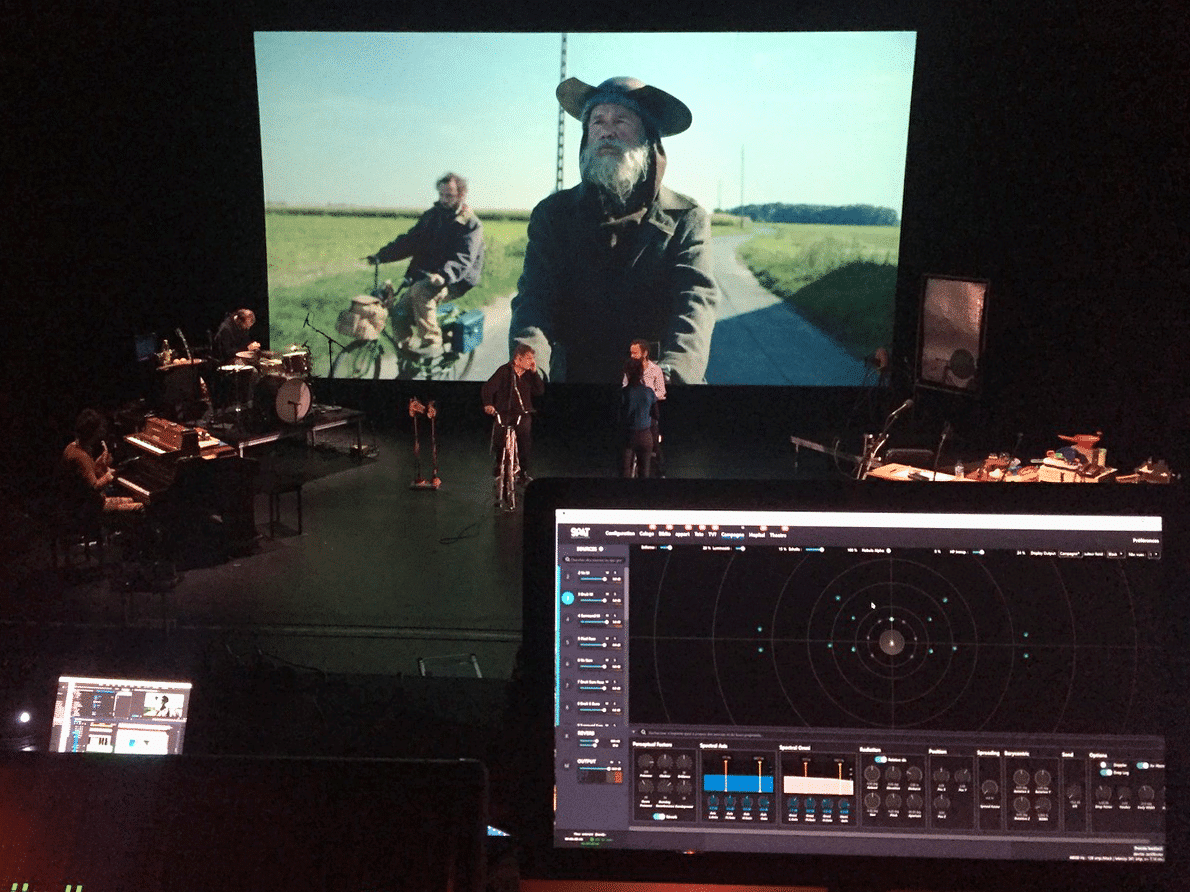 What can you tell us about the rest of your setup?

“ In the studio I use a lot of analog equipment (Neve, Manley, Urei, Studer, AMS, EMT) and many vintage microphones (Neumann U47, U67, Schoeps) together with Logic Pro and an RME MADI system. For my Live work, the goal is to take advantage of the creativity of the digital studio tools (including plugins) to supplement and enhance my work on any type of console. I use a standalone configuration on my laptop which I interface with the console (usually a Yamaha CL5 or Midas). This allows me to constantly evolve the design between shows without necessarily have the console on hand. I use spatialization, quadraphonic or surround as often as it’s possible, in order to create a more immersive universe and enrich the textures of the sound. My goal is not necessarily to use Hollywood-style spatialization, but rather to expand the space and organize the mix to give more life and amplitude to each element “