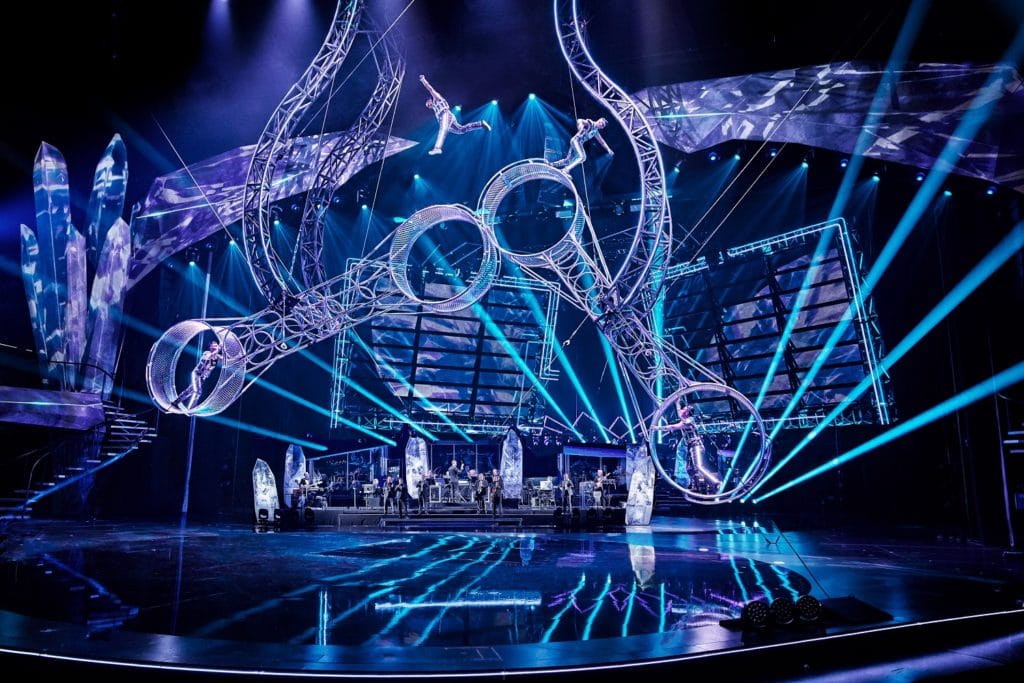 October 11th this year the VIVID Grand show had its premiere at the Friedrichstadt-Palast theater, one of Europe largest and newest venues located in the theater district Mitte in Berlin.

The show is a declaration of love to life featuring more than 100 stunning artists on the world’s biggest theater stage, with a long-term residency plan and a production budget of 12 million euros for spectacular costumes, and stage sets of unparalleled dimensions.

’With adjusting the distances between all speaker positions we accomplished a very smooth panning for 360° without huge level drops’’ – States Jonas Gehrmann, 3D Audio consultant from Sphereo.

Another important task for this project, was to provide an additional immersive mix for the Wall Sky Lounge, a special VIP area with a 4.1 Channel based system, and the backstage mixes in stereo. Both these things are achieved with the Spat Revolution by simply down-mixing the original 5th order Ambisonic mix using different transcoders simultaneously.

The in-house classic system is comprised of a main LCR arrangement together with surround speakers. The original routing of this system was using single console auxes to single surround positions in order to pan sources manually in the house.

Since the house system is also used for guest productions, who need a traditional  setup, and that neither space or budget allowed for a second immersive system, the actual current house system alone is used for the immersive integration. Mind the whole visual design of this spectacular show!