Running on generic hardware means that a vast pool of audio interfaces (e.g., MADI, network AVB, or Dante / AES67 virtual audio entities), and a wide range of sample rate options (from 44.1Khz – 384Khz), are available for the system device setup. Low latency can be achieved with low block size software options (starting at 16 block size), the appropriate choice of audio interface, and most importantly, a computer sufficiently resourced and optimized for real time audio. The actual Spat setup (number of sources, rooms and such) has no impact on latency, which is predictable, fixed, and can be easily defined in accordance with the user’s  hardware setup. 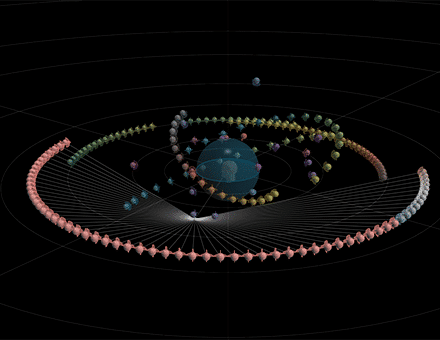 In most application scenarios,  a dedicated computer is preferred. While memory (RAM) resources are not critical, multiple core CPU processing power is critical, as parallel processing is used to treat the actual source in the software. Because the software offers 3D control areas, an efficient graphics with at least 4-8 Gb of memory is also required. Appropriate e optimization of the computer will then achieve optimal system performance.

For those not inclined to DYI system design, hardware can be specified (and provided) by integrators or via the FLUX::Immersive Consulting Group, offering a range of services for system deployment and integration. Channel count, sample rate, audio distribution method, and any required third party control integration , are basic parameters when defining proper system design elements. 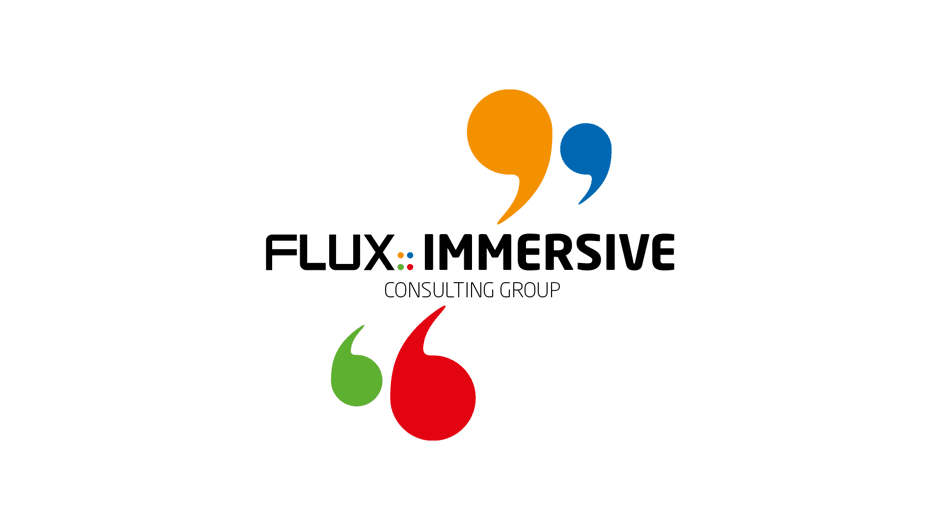 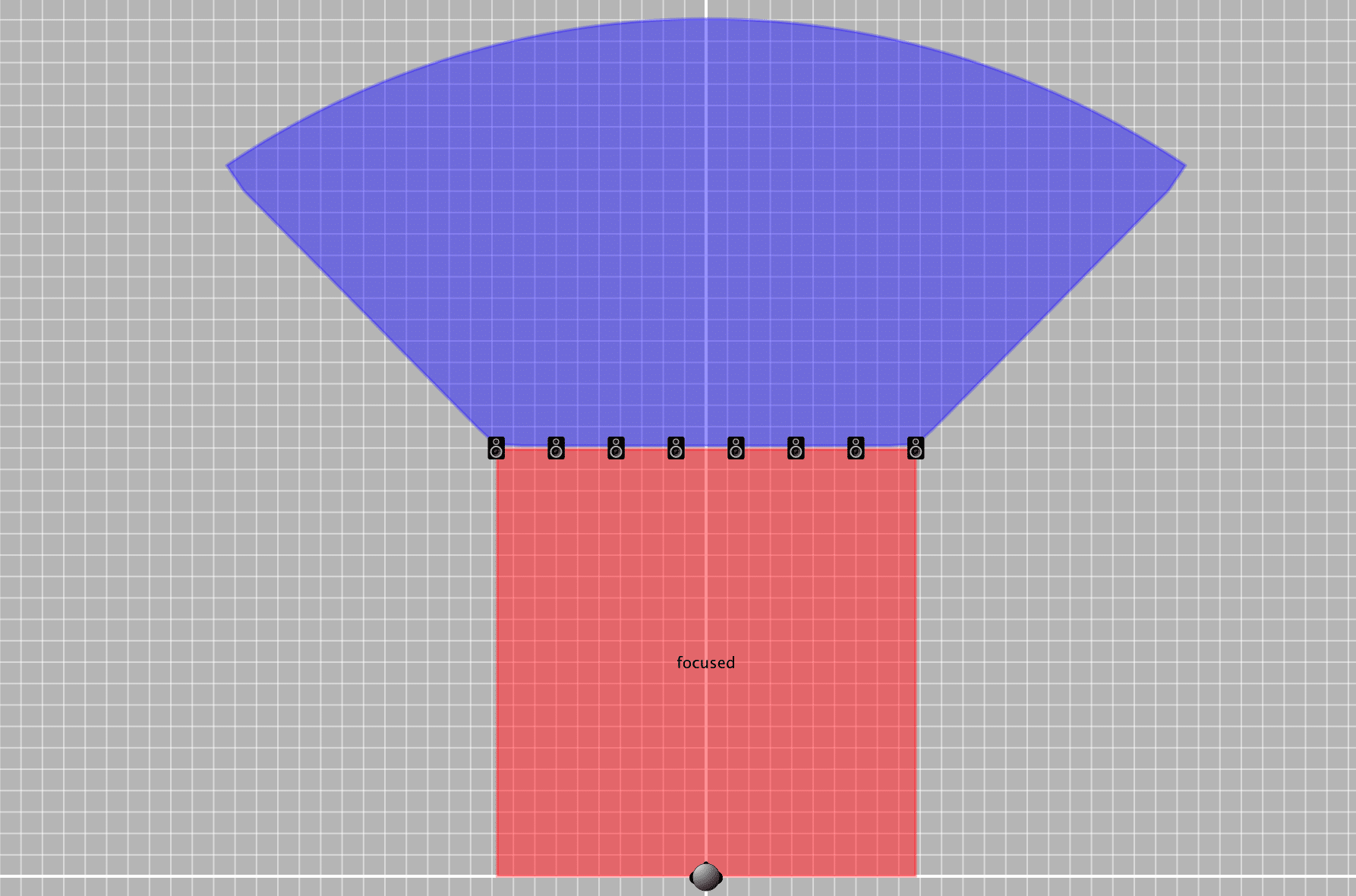 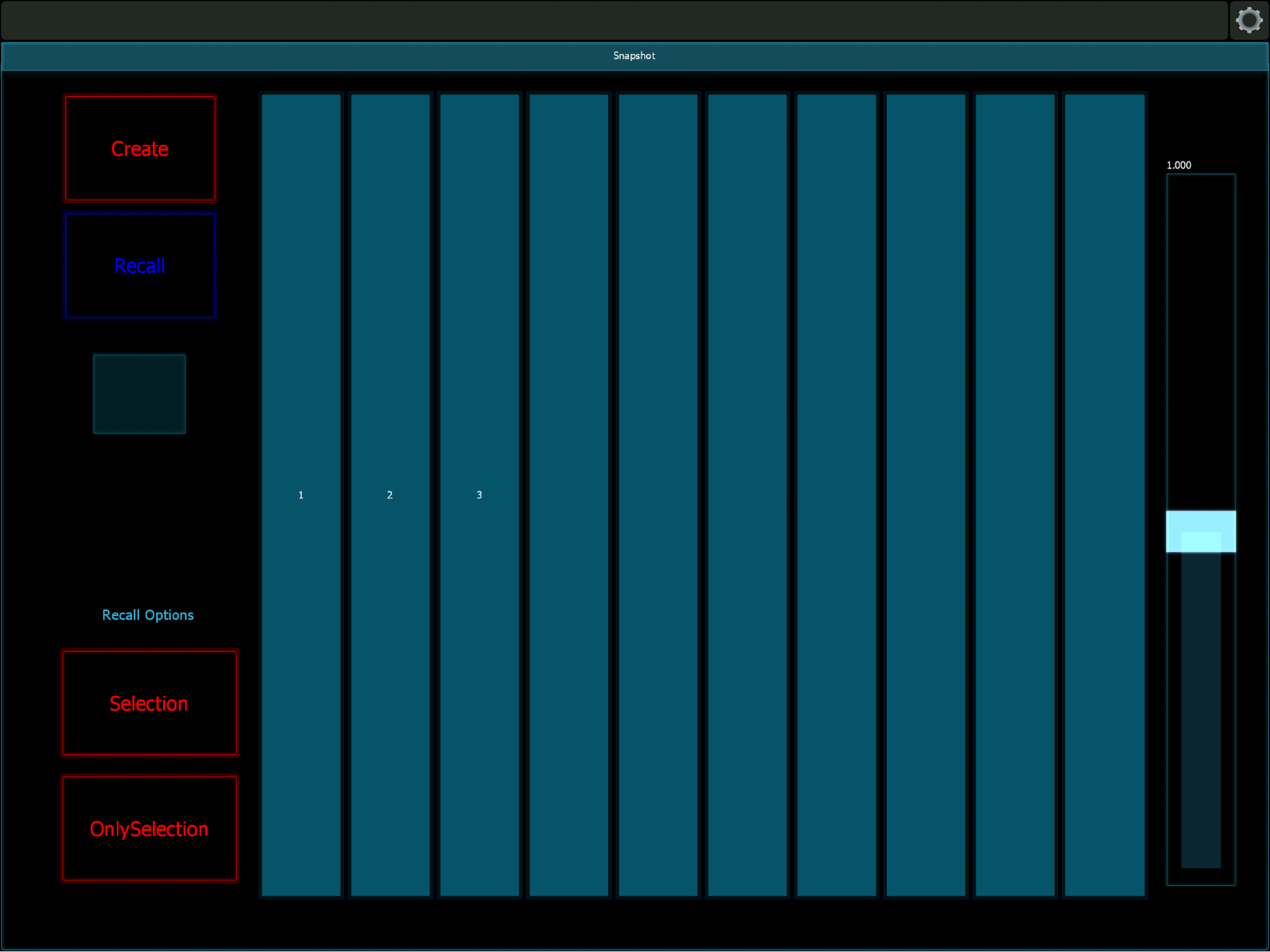 With content creation workflow a critical part of the live production process, Spat Revolution’s  ability to run on generic hardware offers the sound designer an opportunity to start an offline conception on a local computer (without the need for specific hardware). Spat Revolution seamlessly integrates with a variety of DAWs and Playback systems, allowing for local inter-application audio transport and automation. Compatible third party systems include Ableton Live, Nuendo, Pro Tools, Reaper, QLab, and many others. Spat Revolution’s production suite includes three plugins (AU, AAX and VST):Spat Send, Spat Return and Spat Room. The user can  build automation network cues, write automation of an immersive mix to a timeline or to cues, preview the results (binaurally or on smaller scale speaker arrangement), and build a show that is ready to move to dedicated live playback systems and Spat Revolution Live Computer engine.

From creation to delivery!

The creation phase can be managed on a single computer, and easily  migrated to a network of show controllers, audio playback, mixing desks and Immersive audio engines.

Working in a live, real-time engine mode requires the ability for control via a variety of third party systems over the network. This integration is accomplished via the Spat OSC  (Open Sound Control) dictionary, or via the presence of Spat plugins on the network from the DAW or Playback system. Live console integrates the ability to provide encoder control for each source in Spat Revolution, and take advantage of mixing desk snapshot capability to create automation with timing interpolation parameters. This integration is currently offered with Avid S6L Live Sound console via Spat Send plugin or using generic OSC commands with mixing console offering OSC control, such as the Digico SD series. The power of OSC means that any third party system with this capability can potentially be part of the immersive audio control. Also on the subject of real time, Spat Revolution offers support for  real time tracking systems such as BlackTrax (RTTrPM procoll support), Zactrack and Stagetracker, which can be integrated in this real time immersive audio package.

Redundancy and the need for a complete fail over being critical in live production, the Spat Revolution immersive system can operate in redundant mode, with the secondary system simultaneously outputting discrete audio channels as back-up output, routed to a loudspeaker management system or back to the audio mixing system. For this, two Spat Revolution systems (Spat license includes two activations) can be deployed and simultaneously receive audio feed and automation. While the Spat Send plugin allows for dual OSC output, each targeting the systems in parallel, other controllers (Lemur Ipad controllers, OSC Network cues, etc.) can target both systems as well . Audio is output from both the primary and secondary systems, providing redundant sources to the diffusion loudspeaker system.

To this extent, Spat Revolution can be deployed strictly as a remote control (no audio processing), targeting commands to two Spat computer engines dedicated to audio processing via OSC commands.

Spat Revolution addresses panning over multi-channel immersive audio systems without the requirement of a closed framework, adapting easily to speaker design arrangements for various productions with spatial audio techniques and panning methods to suit different applications (Binaural, High order ambisonic HOA or 2D/3D Channels based with WFS, VPAB, DBAP, KNN, SPCAP and more panning methods). Multiple virtual spaces in the software engine called “Rooms” allow you to deliver to multiple diffusion systems (virtual spaces using all or partial speaker arrangement setups) and offer extensive flexibility in creating custom 2D or 3D speaker arrangements. This allows addressing unconventional stage setups where 5, 7 or more speaker hangs are spread across the stage with somewhat equal separation between each, or having an arrangement of multiple loudspeakers  in arbitrary locations. It is important to note that these virtual spaces each include acoustic simulations (reverb engines) to generate early reflections localized with each source, along with a reverb tail end that is diffused at the outputs, thus creating a sense of depth and reality! 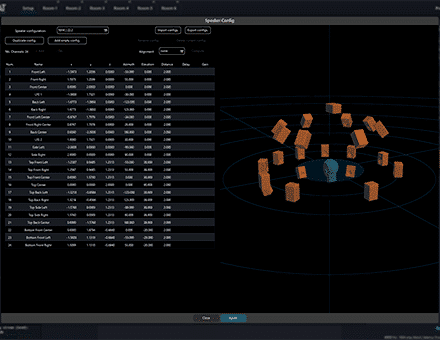 On the subject of multiple virtual rooms in Spat revolution, it is important to mention that in the creation phase or studio style scenario, delivering simultaneous output streams is created by recording multiple stream formats of the same immersive mix in the DAW.. For  example, a sound designer can create a binaural output preview on headphones while on a plane, and a surround speaker arrangement for studio work, while simultaneously creating content for multi-speaker arrangements of the actual show itself which may have speakers by the dozen!

FLUX:: has been a software development partner with French research institute IRCAM (www.ircam.fr), since 2008, and Spat Revolution is the result of decades of research and achievements. Many of these technologies have been successfully deployed in live sound installations with products including  Spat in MaxMSP, Panoramix, with the legacy unique Spat audio plugin, and most recently with Spat Revolution. 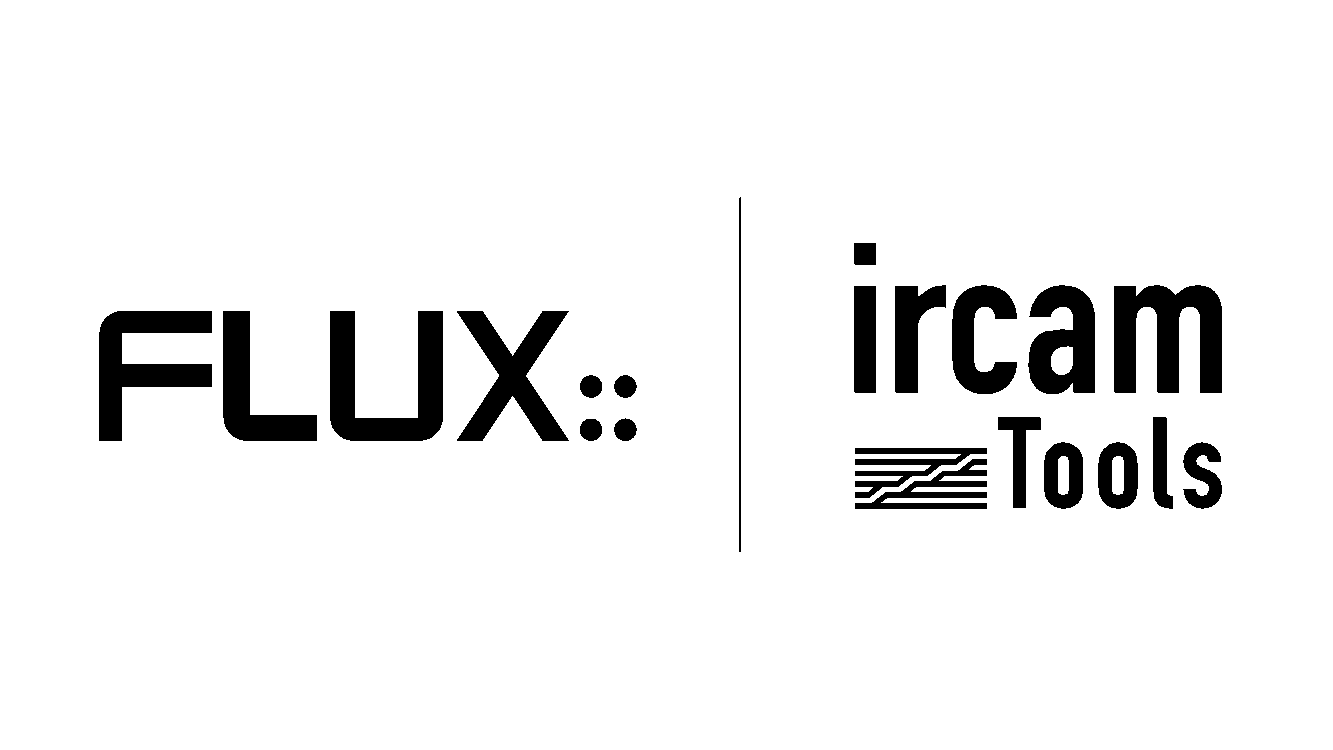 The FLUX:: and IRCAM cooperation offers  a variety of spatial audio techniques to users and designers, sharing a vision of open development. Behind these various spatialization and audio panning techniques is the desire to offer creativity, flexibility and the ability to adapt to each application and  creative challenge, whether sweet spot-centric , live performance, or and installation-based, and regardless of where the audience may be distributed.

Other resources :
An Introduction to Spat
https://www.flux.audio/2018/10/16/spat-revolution-source-parameters-from-standard-to-advanced/