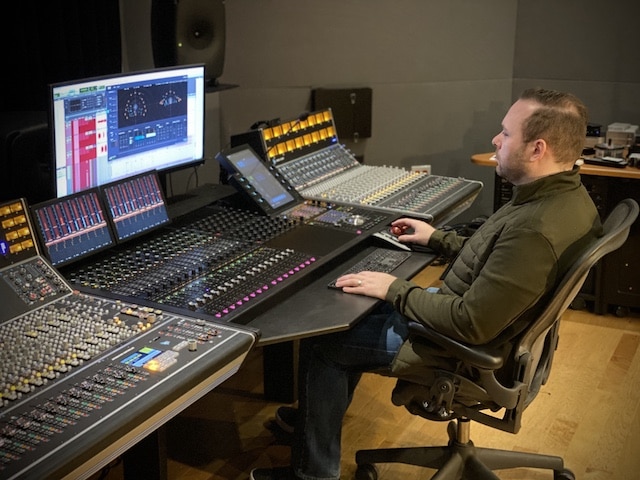 “The first show that I used Spat Revolution on was for a cruise line,” recalls Scott. “The ship had a new, large-scale theater show with a lot of immersive technologies. They were putting time and money into making the show look brilliant, with a ton of new video technology. They used small set pieces and a giant 6K-resolution curved LED video wall with shading and mapping that tracked the set, so the video reacted to what was happening onstage. There were projections on the floor and on the walls, and the scenes were dynamic and changing. They did a great job of changing the feel of the room for every scene. It was really beautiful.”

Scott wanted to scale up the show’s audio technology to complement the high-end video but the theater had a conventional audio infrastructure. ”With Spat I was able to use every individual speaker to create a virtual room instead of just panning between matrixed speaker clusters. I used Spat to spatialize dialog, effects, and music without any additional hardware.”

In theme park and cruise line productions, setting the mood is crucial to the experience, Scott observes. “From the moment they walk into the venue, you need to take the guests away from the thousands of people they’ve been surrounded by all day and transport them into the story you’re telling. The preshow walk-in for this specific show was an ambient soundscape to put the audience inside a craftsman’s workshop, including torches projected on the walls along the aisles, conveniently right on top of the speakers,” he describes. “Those were my favorite ambient elements of the scene. With Spat I was able to put different subtle crackling on every torch, and as you walked by each one you heard the torches’ sound go by. Spat gave us the ability to make it truly immersive and different for each person in the audience.” 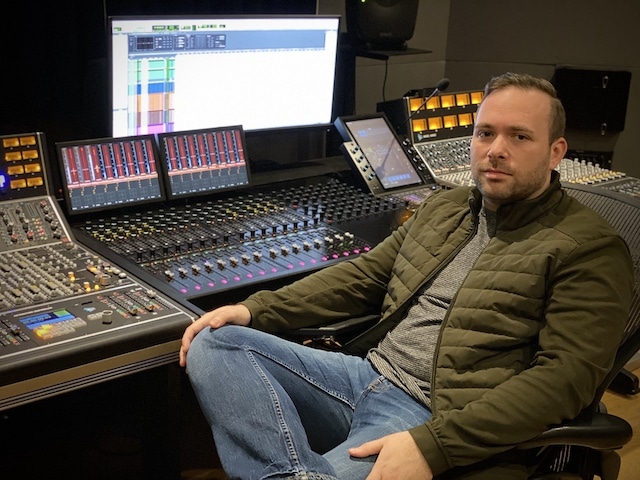 During the walk-in, Scott was able to give audience members the effect of some elements coming from outside the walls of the workshop, in addition to the sounds coming from within, before the actor arrived onstage. “You hear him get up and walk, his chair scrapes, and it sounds as if he were backstage, even though we’re just using normal line array speakers up front,” Scott observes. “Spat Revolution placed everything so well that it sounded like he walked across the stage, wound a music box, and listened to a song play for a few moments; then he’d walk the other way and try one of his other music boxes. When the show started, we placed the sound right where the actor came up on a lift holding one of the music boxes we had just heard.”

Panning audio in a multi-speaker system is not new, Scott points out, “but Spat glues everything together so it doesn’t feel like you’re just panning from speaker to speaker. The virtual room adds reflections, and you’re localizing sources in the room by using every individual speaker to help create the environment, instead of just changing the volume percentage across the speakers.”

“I love that Spat automation is controlled by, and saved directly within, our Pro Tools sessions,” Scott continues. “We’ve used it in shows set outdoors in the countryside, dungeons, race tracks, you name it. It’s awesome to create what we want each space to sound like and grab automation snapshots to recall through the timeline of the show. Then anything we throw into that room feels like it’s in the right space for the scene. And it’s not just a sound coming from a speaker. You’re virtualizing the entire environment and utilizing every speaker in the system.”

Spat Revolution also enables the Ty Fy team to develop abnormal room layouts. “That’s big in theme parks,” Scott adds. “I worked on a Halloween attraction in Hong Kong where there were segments with multiple connected rooms, and I was able to easily move sounds realistically between them. The main sound source was placed in one room but you would hear the ambience in the next room over, so you get a sense of what’s coming. This was all set in a giant castle that was made of styrofoam and wire, so it didn’t have a natural acoustic ambience that matched the visual—but we could create an ambience that made the space feel much bigger than it actually was. It’s a lot more realistic with Spat than with previous methods, and it’s a lot more achievable because it’s faster and less expensive.”

Scott just finished a 360-degree film that was mixed in Dolby Atmos. “We were using the Dolby setup but I knew I could achieve some elements better in Spat because I could virtualize the entire space,” he notes. “Atmos is great and gives you access to a large number of speakers but it’s only discrete panning; it’s not filtering or adding ambience. It’s so great to be able take my sources into Spat, quickly design a room layout using either a CAD drawing or some quick laser measurements for accurate speaker locations, and source the outputs through the Atmos system. With Spat it was easier and faster to get more believable sounding movements.”

Scott has used Spat so successfully that clients specifically ask for it. “The reaction has been unanimously positive,” he reports. “Spat gives us more options and frees us. It opens up the creative process.”